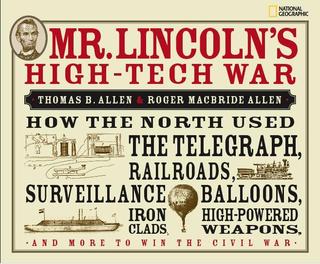 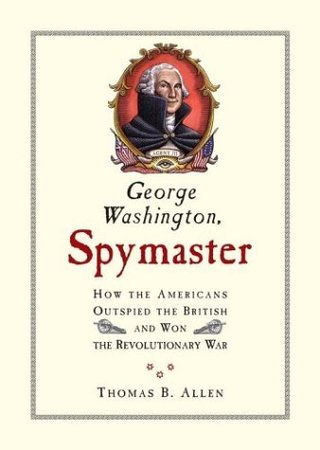 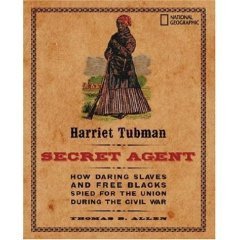 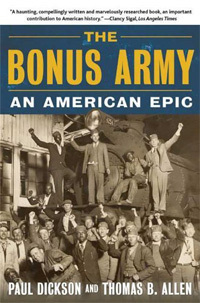 In September 1789, the first U. S. Congress sent to the first President a personal copy of a book, the Acts of Congress. His marginal notes made this 106-page book the most valuable volume in George Washington’s Mount Vernon library. A perfect reproduction was published in 2013 in a slipcase accompanied by Allen’s guide to the contents and provenance of the book.

Mitt Romney is not the first Mormon to run for President. That title belongs to Joseph Smith, who was in fact the first Mormon. Smith, who founded what became the Church of Jesus Christ of Latter-day Saint, announced his candidacy in January 1844 as a Mormon on a platform based on tenets of the Mormon religion. His announcement was a fateful decision for him and the future of his religion.

Tories: Fighting For the King

A sweeping, dramatic history of the Americans who fought alongside the British on the losing side of the American Revolution. Allen’s compelling account comprises an epic story with a personal core, an American narrative certain to spellbind readers. The first book in over thirty years on this topic in Revolution War history, Tories incorporates new research and previously unavailable material drawn from foreign archives, telling the riveting story of bitter internecine conflict during the tumultuous birth of a nation.

(Co-author Roger MacBride Allen) Lincoln took charge of the Civil War by championing the use of the telegraph and railroads--innovations ignored by the generals of the Union Army. Thanks to Lincoln, surveillance balloons rose over battlefields and ironclads went to sea. He personally fired a repeating rifle in his campaign to upgrade army weapons. School Library Journal called the book "a vital addition to the Lincoln shelf and an exceptional and novel approach for students investigating the Civil War."

Moving through time from Elizabethan England to the War on Terror, Declassified places each document in its historical and cultural context, sharing the quirky and little-known truths behind state secrets and clandestine operations. Each of seven chapters centers on one particular theme, such as Secrets of War, the Art of the Double Cross, and Spy vs. Spy. Through support and access provided by the International Spy Museum, the book contains never-before-published and hard-to-find documents. These include The Zimmerman Telegram, which led America into World War I; letters from super-spy Robert Hanssen to his Soviet spymaster, marking the start of his devastating career as a mole; and papers as recent as the Presidential Daily Brief that announced that Bin Laden was determined to strike the U.S.—delivered in August 2001.

The story of Valley Forge is told by people who were there: A teenage soldier growing up quickly. A doctor watching over the horror of disease and hunger. And George Washington, learning of plots against him, finding spies who aid the enemy, and outraged at American farmers who sell the British food as the Continental Army starves.

It's 1863. Harriet Tubman is facing her most dangerous challenge. She has survived her master's lash, escaped from slavery, and risked her life countless times to lead runaway slaves to freedom along the Underground Railroad. Now she has a new role: Union spy! She is about to lead warships on a raid up a river deep into Confederate territory. Success depends on the intelligence she and her black spies have gathered. Failure will mean death by hanging.
Here is the hidden war within the Civil War: African-American spies, "Black Dispatches" about their exploits, secret codes, secret lives.

The Bonus Army: An American Epic

In the summer of 1932, in the depths of the Depression, some 20,000 veterans of the Great War marched on Washington, D.C. In box cars, jalopies, and on foot, they came from every part of the country to present to Congress their demand for immediate payment of a bonus that they had been promised for their wartime service. For two months they occupied the city, living in shanty towns, white and black together, united by a common cause.

Military Intelligence operatives kept them under surveillance and in secret reports convinced high-ranking Army officers--among them Army Chief of Staff Douglas MacArthur--the veterans were controlled by communists fomenting revolution. After the House passed a bill that would have given the veterans their bonus, the Senate voted it down. President Herbert Hoover ordered a partial eviction of the veterans. On July 28, 1932, MacArthur, going beyond presidential orders, ordered tanks on the streets of Washington for the first time and began a violent, flaming expulsion of the veterans. Treating them as as revolutionaries, he drove them out of the city with tear gas and soldiers wielding bayonet-tipped rifles. Newsreels, the TV of the time, showed American soldiers attacking veterans, along with their wives and children.

The expulsion of the Bonus Army helped to elect President Roosevelt that fall, but Roosevelt now had the bonus issue. He tried to solve it by recruiting the veterans into the New Deal's enviornmental agency, the Civilian Conservation Corps. Many of the veterans were sent to work camps in Florida, where, in 1935, the worst hurricane ever to strike North America killed hundreds of them. Ernest Hemingway took up their cause, as did sympathetic members of Congress, including Representative Edith Norse Rogers. When World War II began, she, like other lawmakers with long memories, realized that veterans of the new war needed a new social contract. This time, there would be no march on Washington. The legacy of the Bonus Army would come in 1944 in the form of the GI Bill.

Through extensive research, including interviews with the last surviving witnesses, journalists Paul Dickson and Thomas Allen go beyond the incident of July 28, 1932, and discover a saga that continues to this day, for the GI Bill is still there for today's servicemen and women.

The diary of an exorcist is published for the first time in this book, which tells the story of a true exorcism--America's only documented exorcism. The story begins when objects begin moving in the home of a 14-year-old boy. Then strange scratches appear on his body...

It’s 1775 and General George Washington is in serious trouble. He has a ragtag army, a few muskets and some cannons, and no money to fight a superpower. His only hope is to fight a secret war of spies and deception...

Spy Book: The Encyclopedia of Espionage

In over 2,500 entries, "Spy Book" covers spies, ranging from the famous (Mata Hari, Alger Hiss, Julius Rosenberg, Sidney Reilly) to the surprising (George Washington, Graham Greene) to the unknown (the “cookie lady” of Saigon, Dames Blanches). Also covered are the world's principal spy agencies and such spy tools as microdots and L-pills. Using new, previously classified sources, the book contains information on a new spy tunnel in Washington, a bug in the State Department, and the workings of the secret Foreign Intelligence Surveillance Court.

Remember Pearl Harbor goes beyond history-book narrative and experience, showing, through the American and Japanese survivors' memories, what it was like to be at Pearl Harbor the day of the surprise attack that brought the United States into World War II.